Challenge #9: Use a web API to extract movie information

For this challenge we want to use a JSON-based API to find information about some cute movie characters.

The challenge is as follows:

Create a data flow that uses the web API at https://ghibliapi.herokuapp.com/ to find all cat characters in Studio Ghibli movies, collecting their name, gender, and a comma separated list of the movies they appear in.

The flow should produce output similar to this:

Finding all cat characters and their films 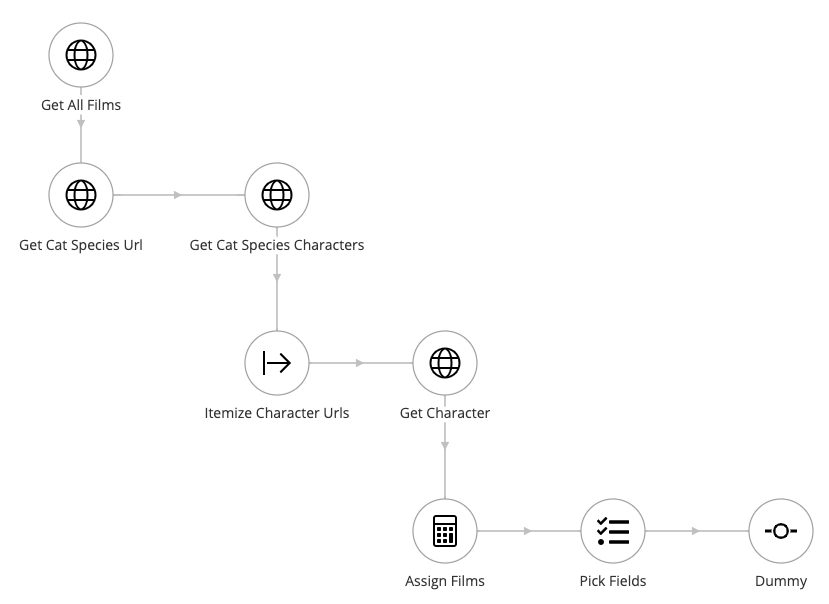 We starts by getting all films from the API, and indexing them by their url for easy lookup later.
The HTTP step is configured as follows: 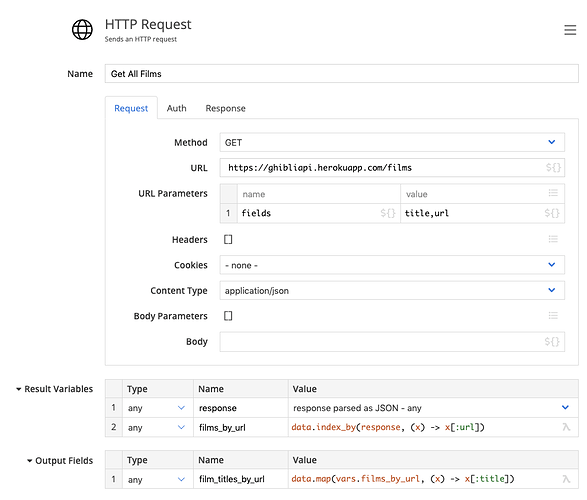 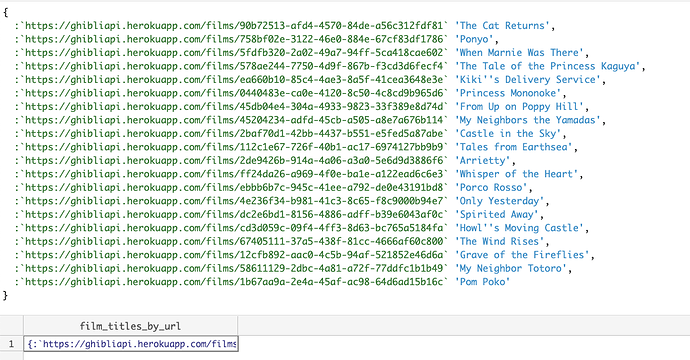 We’re going to keep that data around and use it as a lookup table later.

Our web API does not allow us to fetch a species by name, and while fetching all species with all references is possible, we can also first find the cat species url, and then do a targeted call.

The Get Cat Species Url step asks for all species, but limits the fields to name and url, then finds the url for the species named “Cat”. 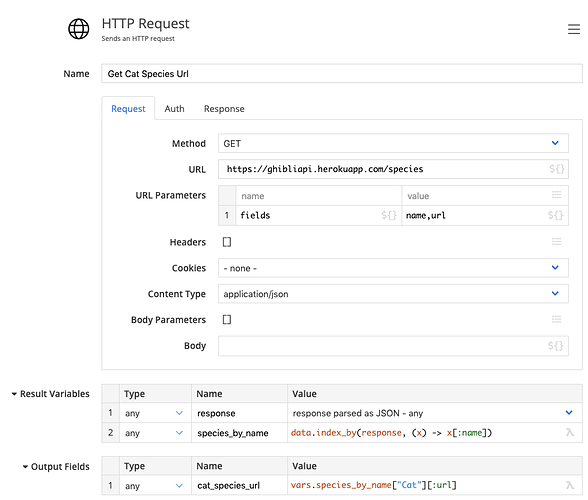 We can call that url, and ask the API to respond with all people belonging to the species: 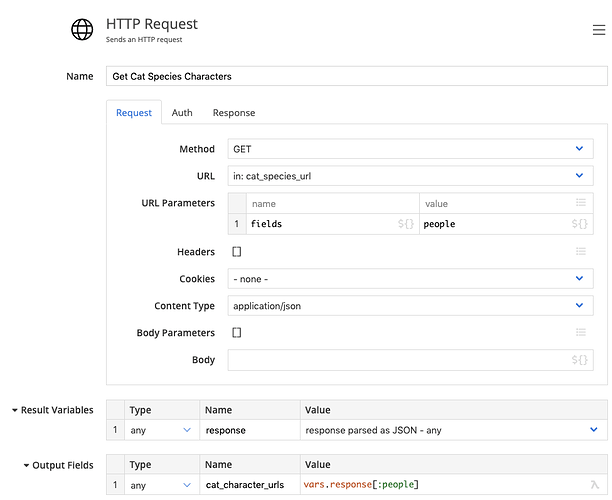 We’re getting a list back and can itemize the elements into the row stream.

We can now call each of the cat’s people url, to find their properties, including their name, gender, and list of films they appear in. 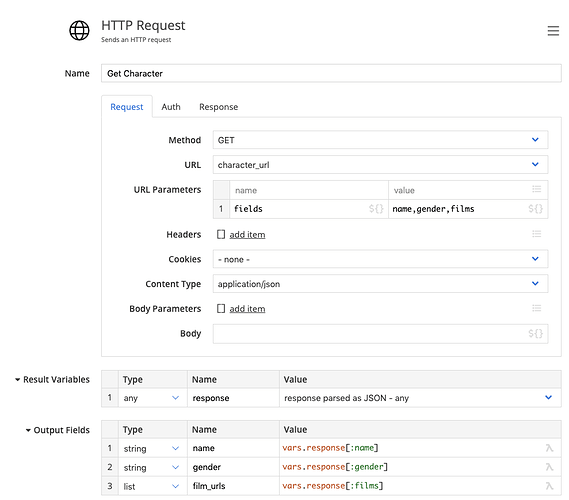 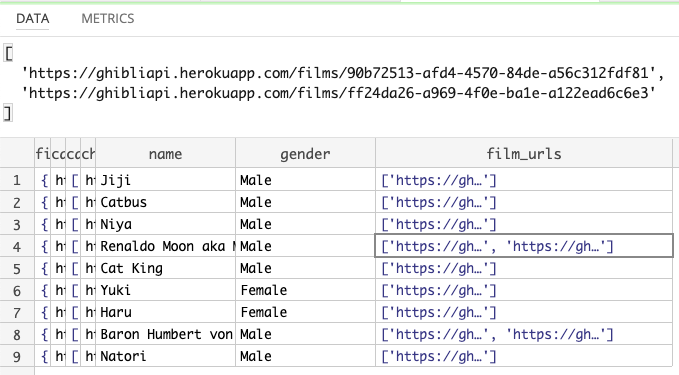 We get a list of film urls for each character.

Recall that we’ve prepared an index of all films in the beginning of the flow. We can now use that table to look up the film titles, by using the character’s film_urls as indexes into our film_titles_by_url field.

As a final touch, we convert the the list of titles to a comma separated list, so it becomes a string.

We can use the pick fields step to get rid of fields we don’t need any more, and we’re left with the desired result.